Brilliant Ways to Add a Modern Touch to Your Kitchen Space

Remodeling your kitchen is a big decision. There are so many factors to consider, and you need to make sure that both the Kitchen layout and design can be updated while still reflecting your personal style. It’s important not only for the kitchen but for the entire home – we all want our homes to feel like they belong in this day and age, right? In this blog post, we will explore some of the best ways to add a modern touch to your kitchen!

What Should I Keep in Mind When Designing a Kitchen Layout?

There are a few factors that should be taken into account if you’re thinking about designing your kitchen according to a layout.

1) Appliance Placement – You don’t want all of your appliances to take up so much space that it impedes your work area or decreases the amount of floor space available for other things such as eating. However, at the same time, you don’t want to find yourself having limited access because certain appliances are too close together either. There should always be enough room between countertops and essential items such as an oven or refrigerator in order for multiple people to work without getting in each other’s way.

2) Storage – It’s a good idea to choose cabinets that extend from floor to ceiling so you can place more storage space within them without getting in the way of appliances. If the height is limited, it might work better for those who have fewer items since organizing groceries and hot dishes can become quite difficult otherwise.

3) Work Area – A good rule of thumb when working with kitchen layouts is that everything should be functional rather than aesthetic. No matter how great your layout looks, if the items within this area aren’t useful then everything will feel incomplete which means you should prioritize practicality over style.

This kitchen layout typically consists of a peninsula in the center with appliances. If you’re someone that doesn’t mind bumping into one another when cooking, then this is for you! One great feature about this G layout is that it maximizes countertop space by utilizing an island or peninsula as part of the work triangle instead of using up all your floor space. For example, if there are three people working in the kitchen, each person would have their own side to work with instead of being within eyesight and earshot all at once.

Another option for this design is placing the range hood on top of the peninsula – which works well if you want to use both sides of the kitchen. The downside of this layout is if you’re someone that doesn’t like to share the workspace with others, you might be bumping into each other more often than you would like.

This layout typically consists of a peninsula in the center instead of an island or range hood in the back corner. Like G-shaped kitchens, they are also suitable for homes with multiple family members because there are separate areas instead of one big “living” workspace. This design works well if your goal is to keep appliances out of view while still being accessible enough when cooking.

If your stove isn’t next to your sink, then with this arrangement it might be placed near the refrigerator, which is better for traffic flow. You can also place your refrigerator on one side of the sink and stove to make a more efficient work triangle. This layout has more flexibility in designing your kitchen because you have a separation between appliances and cabinets which can be used up as storage space. 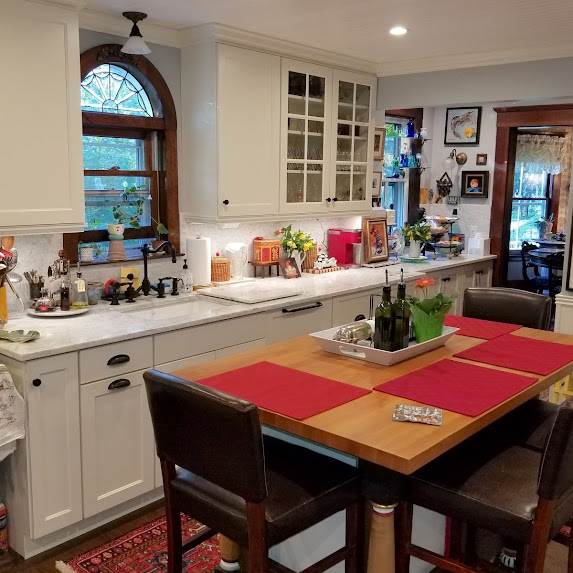 A U-shaped layout kitchen design is typically not recommended if you’re someone that cooks a lot or likes to entertain guests often. The reason being is that it’s a harder workspace – everything from the dishwasher, oven, pantry cabinet, cutting board area are all within view at some point for those working in the kitchen.

The main benefit of this design is that it makes it possible to have a large island in the middle of the kitchen. This is great if you like having everything out insight, making entertaining and cooking much more efficient.

However, with this design, there may not be enough room in between appliances and cabinets for storage. For example, your refrigerator may be near your dishwasher or stove which makes it difficult when trying to find things in each appliance without disturbing someone else when they’re trying to cook next to you. It’s recommended that this layout would work best for homes that don’t require a lot of use from multiple people at once.

If you like cooking on both sides of your stove instead of one side only, then the L-Shape might be better for you.

Kitchen Layout with Island or Peninsula

This type of kitchen layout typically consists of an island or peninsula for a more efficient workspace. This design works well because it allows for multiple people to work at once if they’re doing separate tasks. It also provides easier access to appliances without having to share the same workspace as other members of the household.

The main downfall about this design is that it might not be ideal for homes where there are small children that are still learning how to properly use knives and utensils, especially when there isn’t much room between the cabinets and countertops. Another downside is since cabinets take up less floor area than islands or peninsulas, there may not be as much room for storage space.

If you’re not someone who likes to share workspace but is fine with the occasional bumping of elbows, then this design might be perfect for your home.

This type of kitchen layout consists of multiple eating areas within the kitchen itself. There are a few different ways this can be done – the first being by adding an island or peninsula with bar stools attached to it. The second option would be having two dining tables in separate parts of the kitchen, which could easily turn into an eat-in nook if it is covered overhead with windows facing indoors instead of onto a backyard or patio.

The main benefit of this design is that it’s very flexible. For example, if you have a small kitchen with a lot of people in your household, you can place the island or peninsula at one end so you don’t have to squeeze up next to each other while cooking. This way everyone has some space around them which makes for comfortable movement within the kitchen itself.

The downside about this type of layout is that it may necessitate more floor space than other designs depending on how much room there actually is in the kitchen itself. If your home doesn’t require multiple eating areas within, then having two separate dining tables would be good enough – just make sure they are both easily accessible when someone wants to sit down and eat their meal instead of having to be pushed up against a wall or stuck in an awkward place.

This type of kitchen layout is great for those who are looking for more space within the kitchen itself, especially if it’s a small area to work with. This design works well because it helps maximize the amount of storage space without having too many cabinets taking up floor space – typically corner pantries are built into this design which makes them much easier to access when there isn’t any room between appliances and countertops. The downside about this setup would probably have to be that only one person can access any given wall cabinet at a time since there is usually only one entrance/exit into each cabinet.

For those who like to cook with others and don’t require a lot of large appliances, this design works well because you can all fit into the same space without having to rush out of another person’s way.

For those who want to maximize storage space but still have easy access to all cabinets at their disposal, this is the perfect layout for your kitchen. 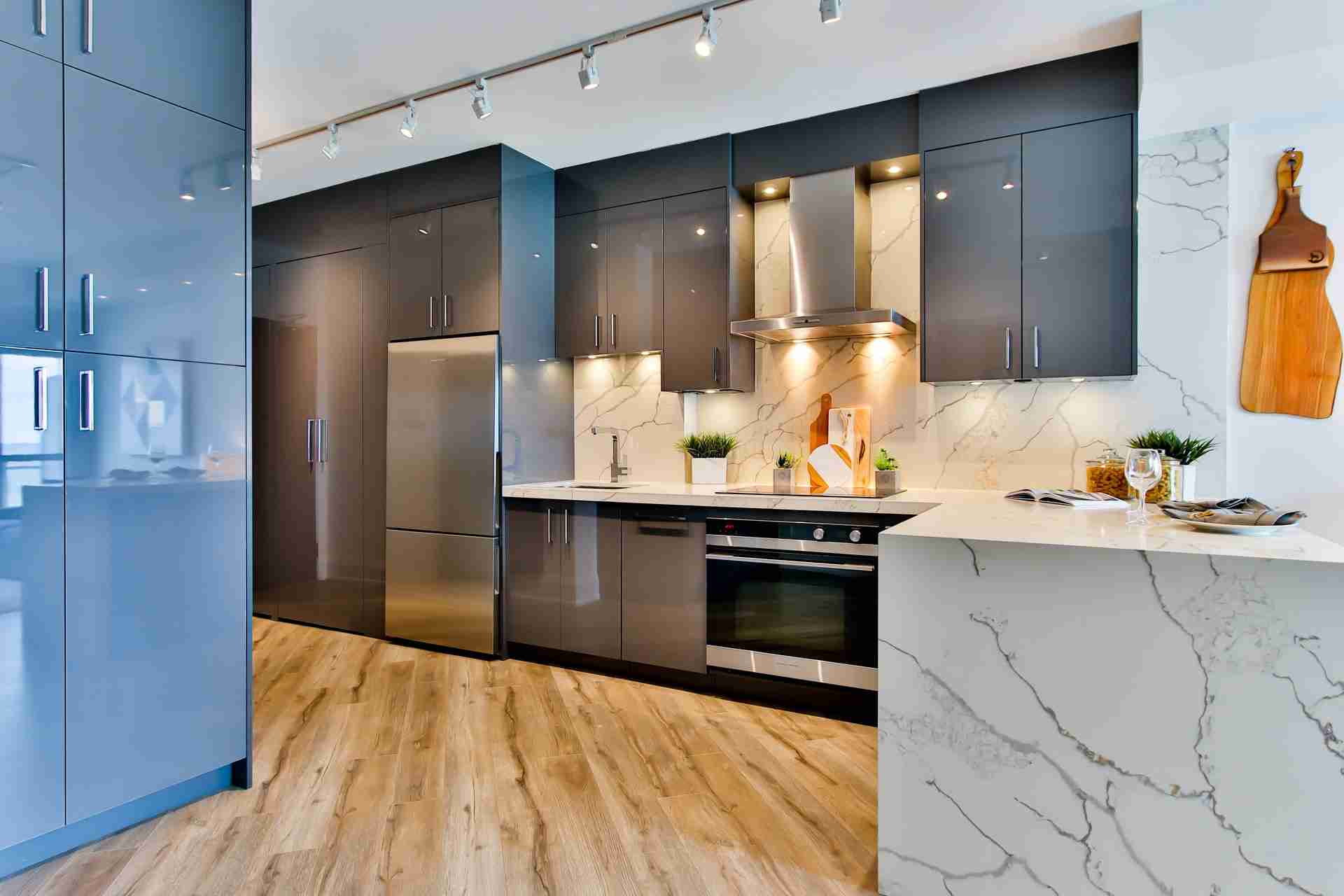 This type of kitchen layout is similar to the Corner Pantry style except that it doesn’t use corner cabinets as much as other styles do. This works well for those who may not have the necessary room in their home for corner pantries or those who just prefer regular pantry cabinets instead of corner ones.

The downside about this is the same as the Corner Pantry style – having to be squeezed in with others who are cooking or working in the kitchen.

If you have a small home and want multiple people to utilize a lot of storage space, this would work out well because everyone can access any given cabinet at a time since they all have an entrance/exit into them.

Another benefit to using pantry cabinets is that you can store many different things within them from food items to cleaning supplies without taking up too much room elsewhere around your home. If your home doesn’t require multiple eating areas but instead needs more storage space, then drawers and pantry cabinets may work better for you than corner ones.

This is a very popular type of kitchen layout specifically for those who need a lot of smart storage solutions in their home. This design is beneficial because it has the most amount of cabinets and drawers with multiple entrances/exits into each one so that more than one person can access them at a time without having to wait in line or maneuver around one another.

The downside about this style would be that people not only have to share the same working area, but also they would need to be able to fit together in order to get things out and put them away. Another downside may be trying to use appliances such as microwaves and ovens since you’ll probably want everyone gathered around instead of squeezing between one another.

This layout is ideal for smaller kitchens since it utilizes the most amount of workable space in them compared to other layouts. This works well because the straight line gives you all the benefits of using an island without taking up too much room. The downside to this would be that appliances located closer to each other may impede someone from being able to access certain ones when they need something out or put something away. One benefit that can help offset this would be having a pantry nearby if there isn’t one in your home already so items in storage don’t have to take up valuable floor space. Another benefit is having a dining table and chairs nearby if you’d like to use them or just have extra seating for guests.

This layout is best suited for those who want a convenient space where they can enter and exit as well as function on their own without having to maneuver around anyone else. This works well because it gives you all the benefits of using a kitchen island or peninsula kitchen but not making it so cramped that people would bump into one another while trying to do things simultaneously. The downside to this design would be not giving yourself access to appliances such as microwaves and ovens if no one else will be using them too (or getting someone else to load/unload them).

The downside may be that your pantry will be on the other side of the kitchen so if you don’t have one already then it may not be worth it to use this style. 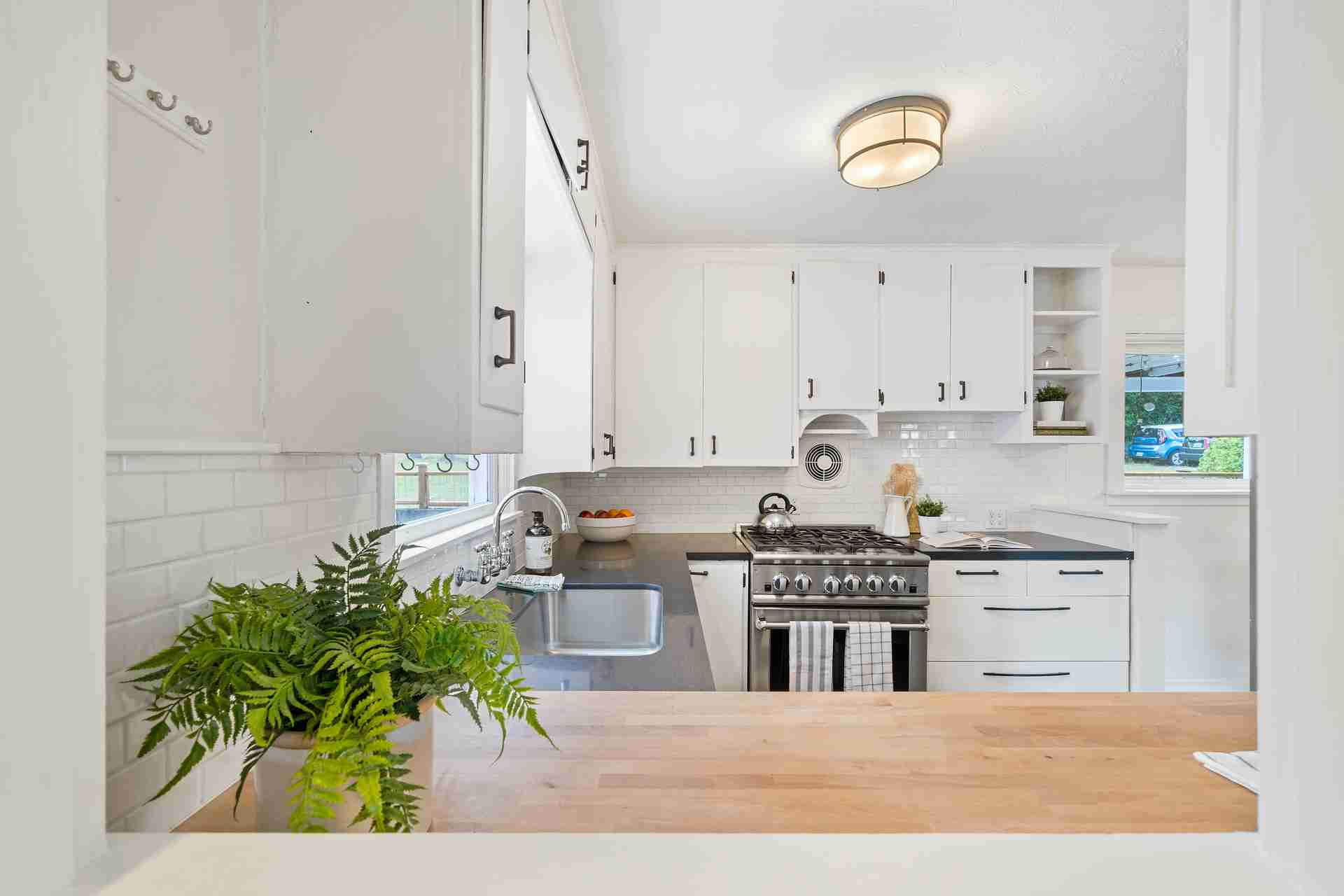